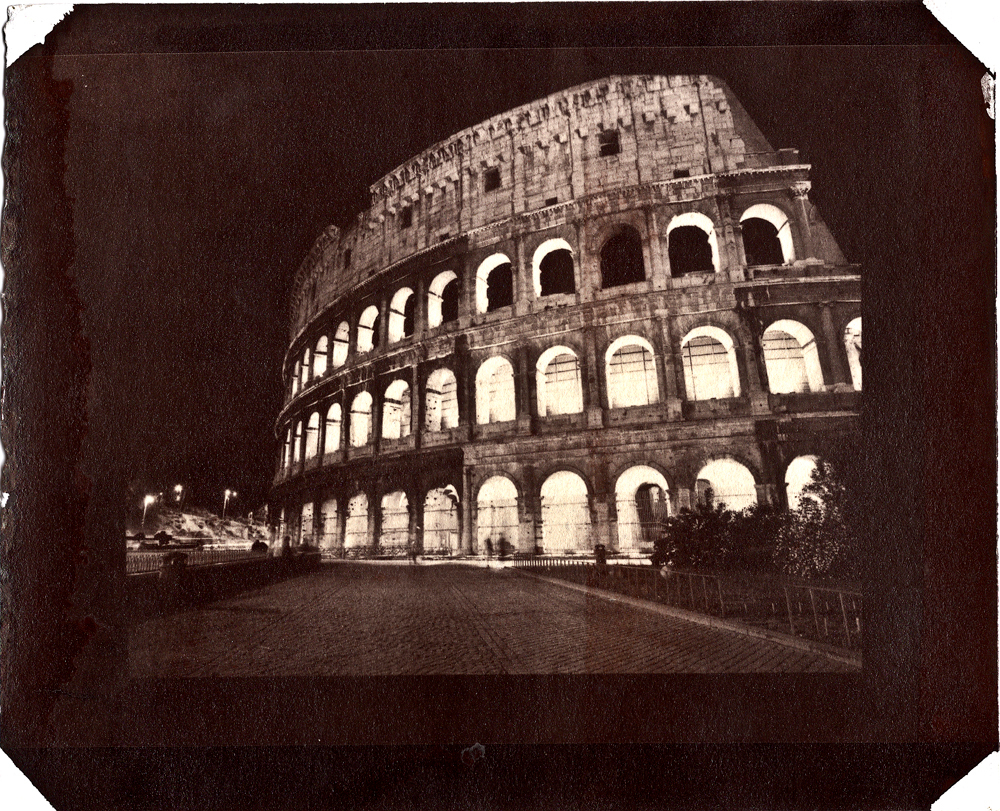 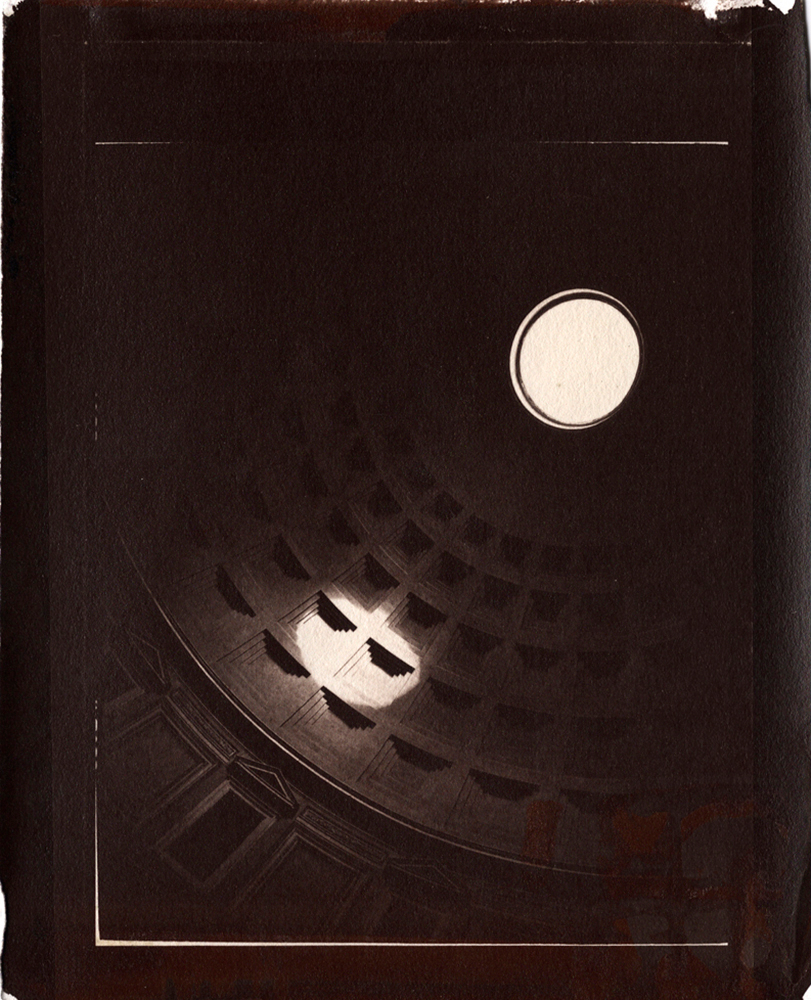 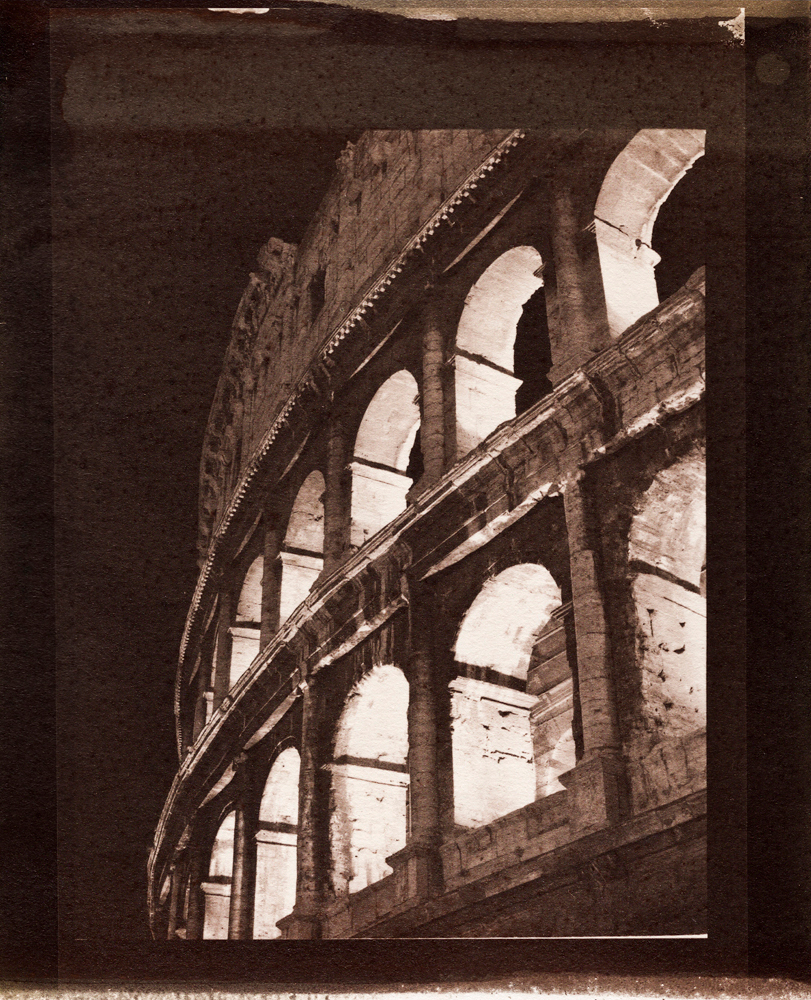 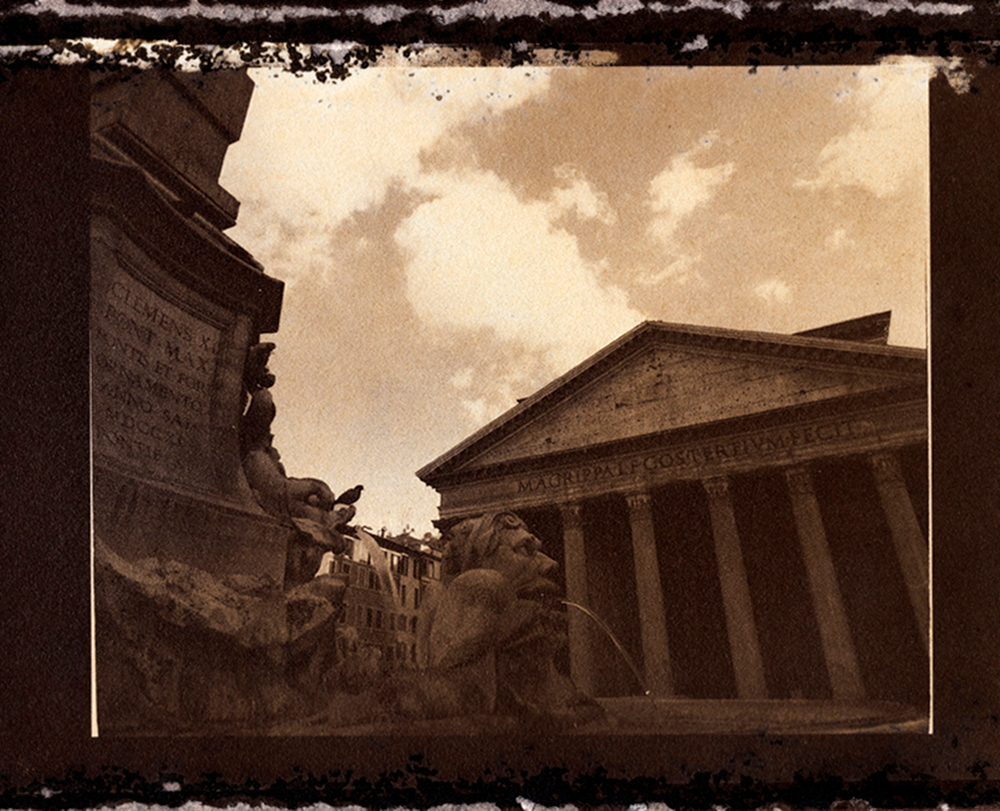 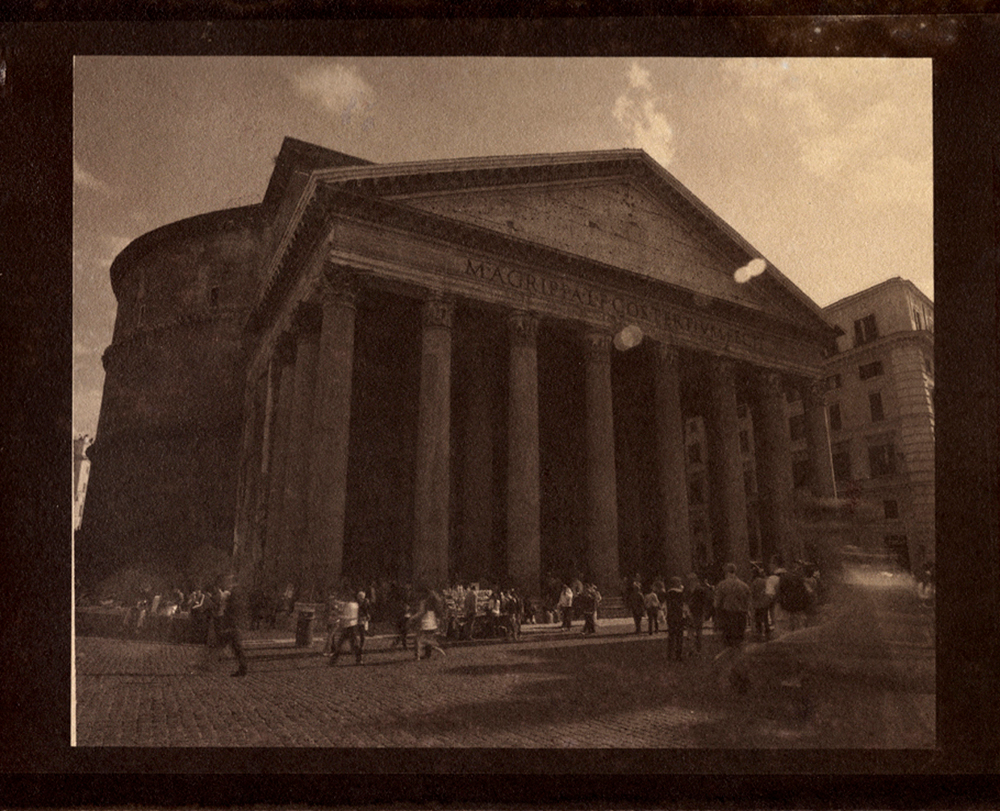 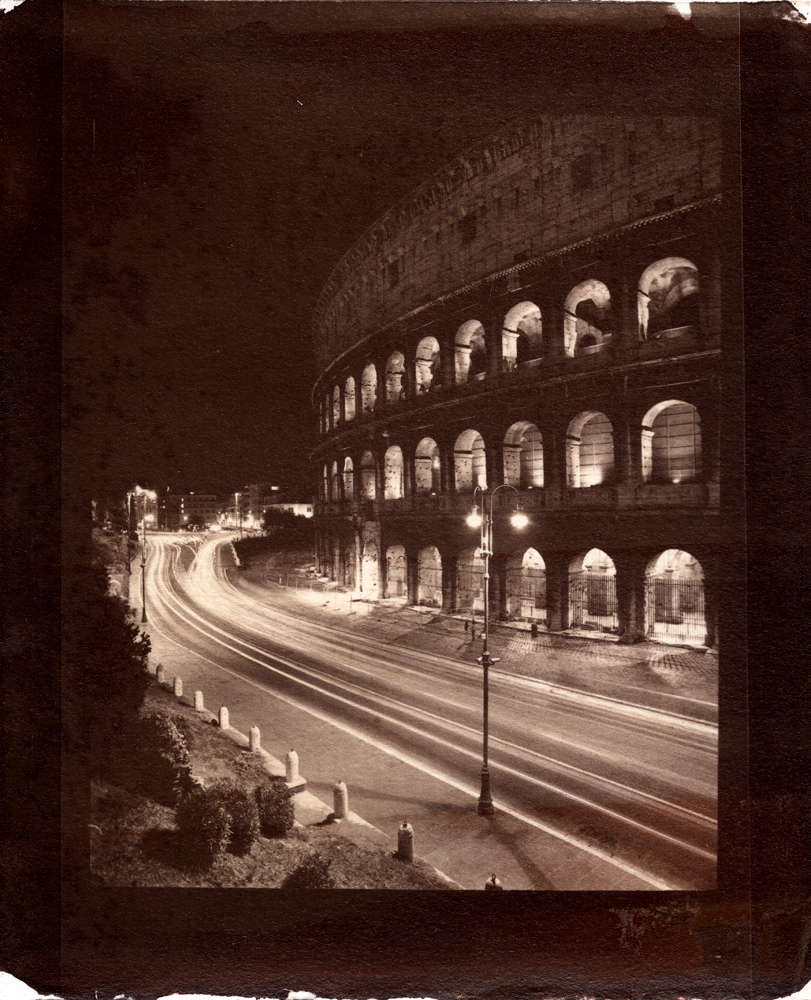 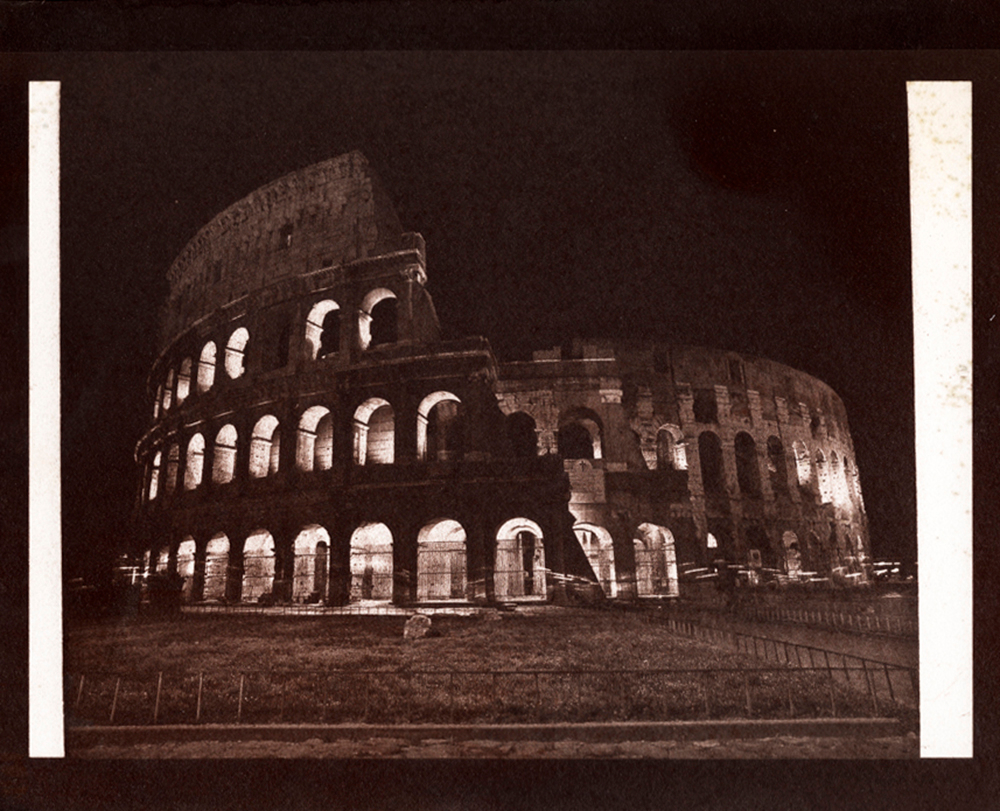 Albumen printing is a 19th century photographic process, that uses egg white to bond light sensitive, silver nitrate to the surface of the print. It was the first photographic process that permitted the duplication of an image, making it instantly popular. The richness in detail and values rivaled that of previous processes, in addition to its commercial viability. Through out the late 19th century and early 20th century the albumen process flourished, sparking the rise of travel photography and carte de visites, instantly becoming a sensation.

The Colosseum (Flavian Amphitheatre), the Pantheon and its oculus, located in the Piazza della Rotonda are some of the most popular and well preserved architectural wonders of the Roman Empire. The burgundy and sepia tones of albumen are reminiscent of the first images documenting distant and foreign lands. The Albumen process touches upon the decaying nature of these thousand year old relics and the raw painter like feel of early photographic processes.

This work has been exhibited in

All images Copyright of Mario Mendez 2021 ©